What Happens When You’re Awake, but Your Brain Goes to Sleep?

You’re driving home after a long day of work, and suddenly, you realize that you don’t remember the last mile. You can’t recall if the light was red or green when you went through the intersection. Maybe you even missed your turn. Sound familiar? If so, you’ve experienced microsleep. And the dangers it can bring.

Microsleep is a brief, involuntary episode of unconsciousness lasting anywhere from a fleeting moment up to several seconds.

During this rather bizarre state, your eyes may be open, you can be sitting upright and you might even be performing a task, but certain areas of your brain have gone completely offline. In other words, you may think you’re awake, but parts of your brain are actually asleep.

“We often use phrases like “zoned out” or “autopilot” to describe microsleep,” said Mary Helen Rogers, vice president of marketing and communications for the Better Sleep Council. “That’s pretty accurate, since we’re not functioning at our full mental capacity during these periods of time.”

Microsleep happens without warning, at any time of the day, most often when you are already sleep deprived. Research shows that even a single night of insufficient sleep can result in increased microsleep episodes.

But it’s not just fatigue from a poor night’s rest that causes our brains to check out. Microsleep is also closely associated with performing a boring, monotonous task. For example, one study published by the National Center for Biotechnology Information had well-rested participants use a joystick to track a moving target on a computer screen for 50 minutes. On average, subjects experienced 79 episodes of microsleep that lasted up to 6 seconds each during the experiment. That’s a lot of zoning out in just 1 hour. 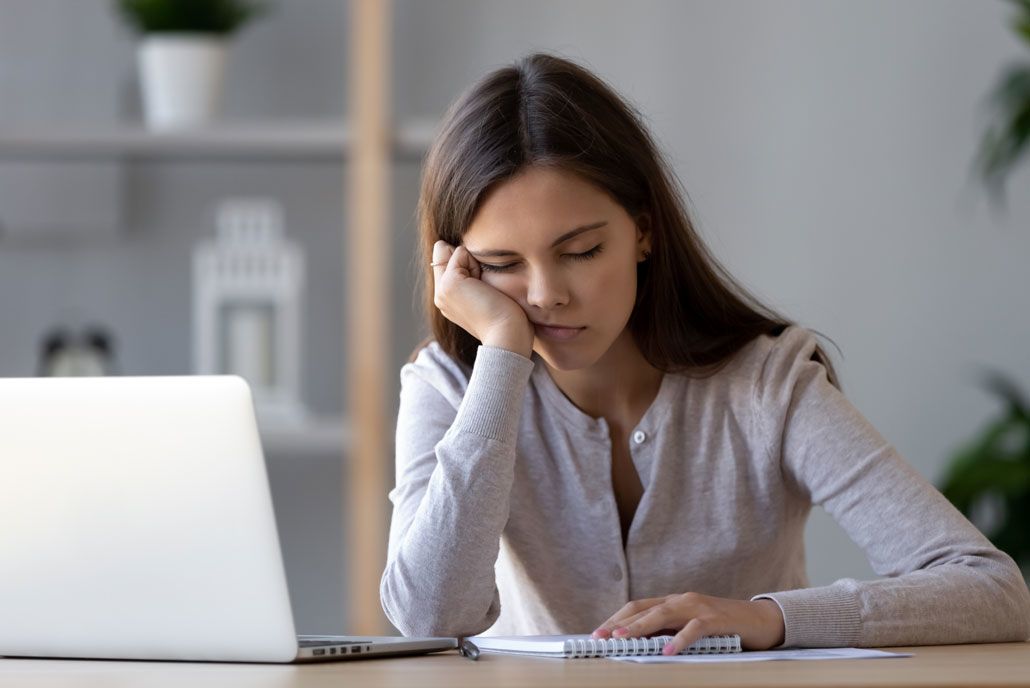 Why Is Microsleep Dangerous?

“The big issue with microsleep is that we’re much more likely to make critical mistakes in this half-awake, half-asleep state,” added Rogers.

During microsleep, scientists have been able to measure localized areas of the brain switching to slow-wave, sleep-like activity. The thalamus, in particular, becomes less active. Since the thalamus is responsible for interpreting incoming sensory signals, your reaction time and ability to pay attention suffers.

Many fatal accidents (2016 London tram derailment) and tragic disasters (1986 Chernobyl nuclear accident) have been linked to microsleep. That doesn’t include the host of minor fender benders and countless products that have come off the assembly line missing screws.

Can You Avoid It?

The best way to prevent microsleep is to get enough quality sleep each night for you to function throughout the day and not feel fatigued. But when you still have to do repetitive tasks, like drive long distances, operate heavy machinery or just work an 8-hour shift of data entry, you can try some of these tips to stave off potential misteps or accidents caused by microsleep:

* Take a power nap. A short, 20-minute siesta can recharge your brain so you are more alert for a longer period of time.

* Take a break. Changing what you’re doing for a few minutes every half-hour or so activates different parts of your brain to reduce the monotony. Better yet, get up and move around during your break to get your blood flowing.

* Have a lively conversation. Chatting forces you to concentrate on the back-and-forth of a discussion. Plus, talking increases your breathing rate, which puts more oxygen in your bloodstream.

* Turn up the tunes. Loud, upbeat music can lift your mood. If you’re alone or in good company, feel free to sing along.

* Have some caffeine. Just remember, it takes about 30 minutes for the stimulation to kick in. And don’t have too much too close to your normal bedtime; you might not fall asleep and end up feeling even more tired tomorrow.